A novice guide to being an expat 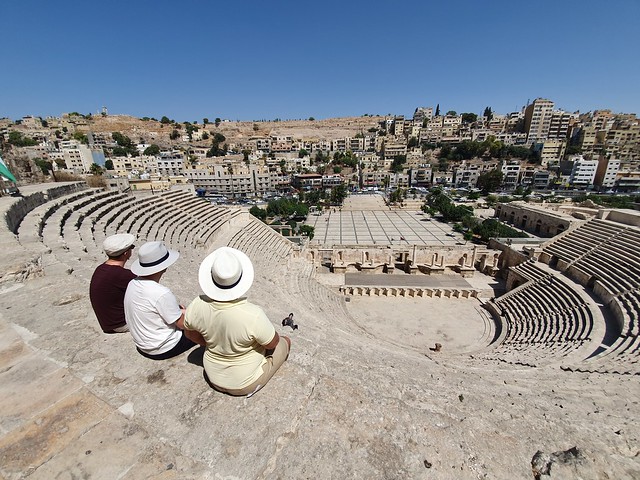 At 2 AM on the 24th of August 2019 I landed in the capital of Jordan alongside three friends for the start of a 2.5 week stint in the Middle East. It all started when I was chatting to a man sat next to me on a flight to Amsterdam the year before. He’d assured me Jordan was the most incredible country that he’d visited and if I got the opportunity then I absolutely had to go. Inevitably the prospect of seeing Petra, one of the seven wonders, was too enticing so a trip quickly formed and it all began in Amman.

Before travelling out there friends and family were keen to point out the perils of the region. Wars. Violence. Danger. All of these unfounded counsels were of course disregarded. Admittedly, it was a bit of a surprise landing next to a UN humanitarian plane. That aside, a short stroll through security and one grumpy Jordanian official lead us to our first steps into Jordan with a new stamp added to the passport collection.

Whether from fatigue or genuine curiosity, the taxi ride to our hotel was mesmerising. Traditional music blared out from the old Volvo radio. Neon lights for 24/7 fruit and veg stores scurried past the windows. Chaotic architecture scenes flew into into scope and in a flurry we found ourselves dumping our bags onto some grotty beds ready for some sleep. Unfortunately, this was also the time we encountered our first spiritual moment in the form of a 4 AM call to prayer. This combined with humidity and excitement, this was a restless night – all part of the experience though!

Amman may not have the same reputation as over sights but there is still plenty of rambling to be done. Roman ruins scatter the city like unwanted rubble. A hushed amphitheatre one side of town was balanced by the contrasting nature of the bustling markets and inexhaustible hummus restaurants on the other end. Interestingly we found no signs offering details of any ruins. In fact, at the citadel there was a collection of mosaics, cracked jars, ancient tools and even the odd skeleton. A lot of these weren’t even behind glass and some just put on the floor. All of these were accompanied by a sign saying “No explaining allowed”. Our attempt to speak to a guide left us frustrated when he learnt we came from England and kept relaying the phrase lovely jubbly like a second rate Only Fools and Horses extra trying to learn his lines.

Despite the overall charm and buzz of adventure around Amman there were the odd signs that the ideology was a long way off the familiarities in the UK. Paying a little attention to the back of cars reveals the image of Saddam Hussein (greatly appreciated by the Jordanians as an ally during his tenure) stuck to many a vehicle. Our final night in the capital city ended with us having to take a detour back the hotel. One street from safety, a fight erupted ahead of us and at the sight of machetes it felt sensible to run to the back alleys. Lamentably for Gerald (and for the amusement of everyone else), he took a separate route and slipped in a puddle during the pursuit of safety. When we reconvened a few minutes later, he was covered in mud bemoaning the fact he’d need a fourth shower of the day whilst the hotel owner chuckled and seemed wholly unphased by the fracas.

Amman gave us a unique insight to the culture in Jordan and was well worth spending a few days at. More than just a chance to tuck into the local favourite mansaf, share a shisha or gaze at the broken stone hand of Hercules, it was fascinating to gain an understanding of what it’s like for many in the city.

Hi, I’m David. I’m a consultant living in Basel, Switzerland since March 2020. Before this I worked in central London after graduating from the University of Kent in 2017. For the past few years I have been trying to fill as much of my free time with travelling as possible. I set up this blog to share my experiences and my occasionally decent photos as I move around.